“Social Media Atlas”: Only one third of the teenagers in Germany use Facebook. 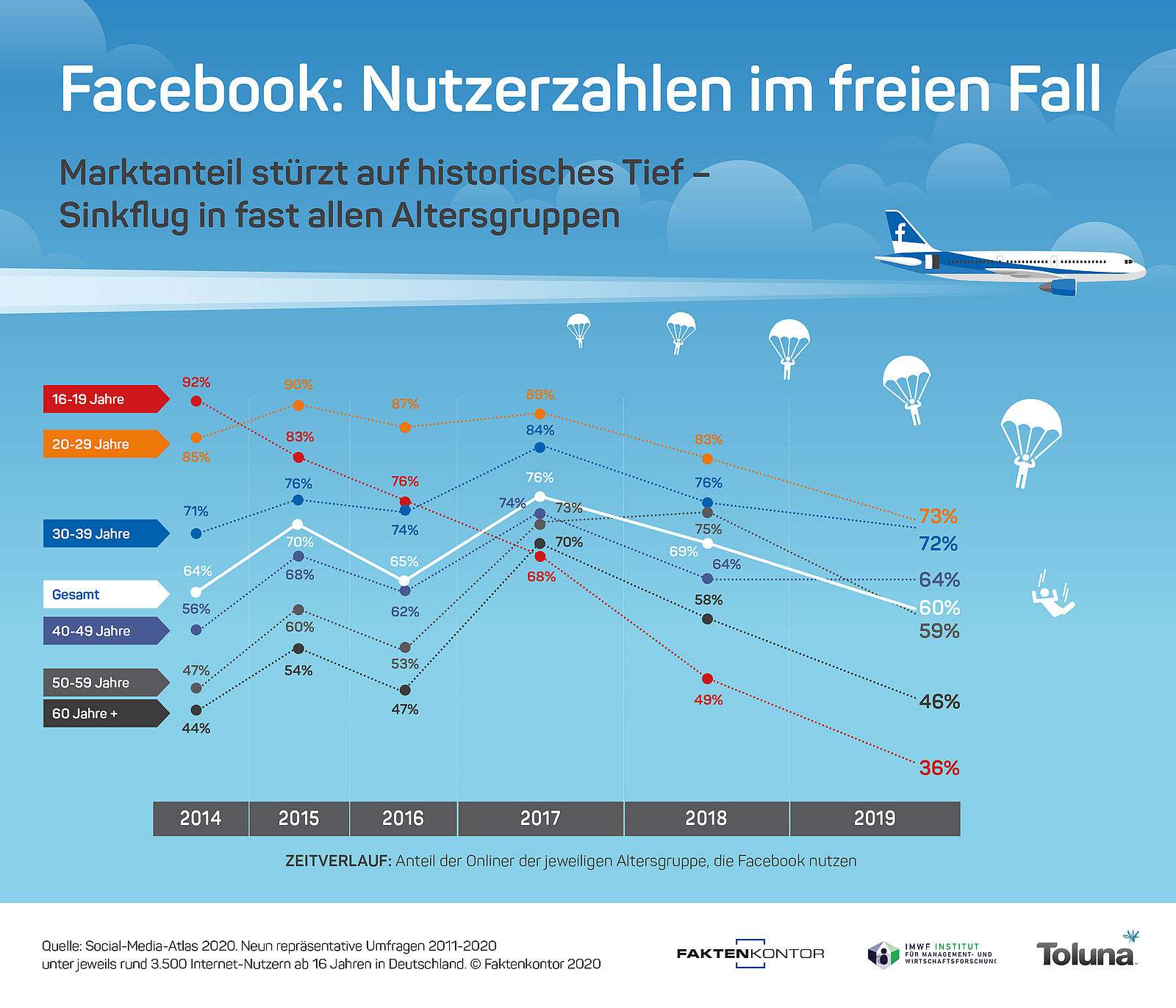 Exciting figures from Faktenkontor's representative "social media atlas"*: According to these, the German user base of the social network Facebook is shrinking in all age groups. The development is particularly dramatic among teenagers, where only about one in three now uses the network.

According to the "Social Media Atlas", a representative survey published by PR agency Faktenkontor since 2011, 60% of Germans still use Facebook. A proud number, but one that has shrunk considerably over the past few years. Two years ago the user base was still at a record level of 76%.

Conspicuous: In all age groups, the number of people using Facebook is declining: Among 16 to 19 year olds 68% (2017) to 36% (2019). Onliners with a daily usage of Facebook are a minority – in no age group Facebook is used by more than half of the group.

If we look back even further, the development among teenagers in particular is extreme: in 2014, the proportion of Facebook users in this age group was still the highest at 92%, and almost every teenager was on Facebook. The "Social Media Atlas 2020" now shows only 36% of 16 to 19-year-olds who are Facebook users. The only good news for Facebook: Most popular network in the young age group is Instagram - also part of Facebook.

*For the current Social Media Atlas (Hamburg, March 2020), 3,500 Internet users aged 16 and over, representative according to age, gender and federal state, were surveyed in the form of an online panel on their social media use. The survey was conducted in December 2019 and January 2020.