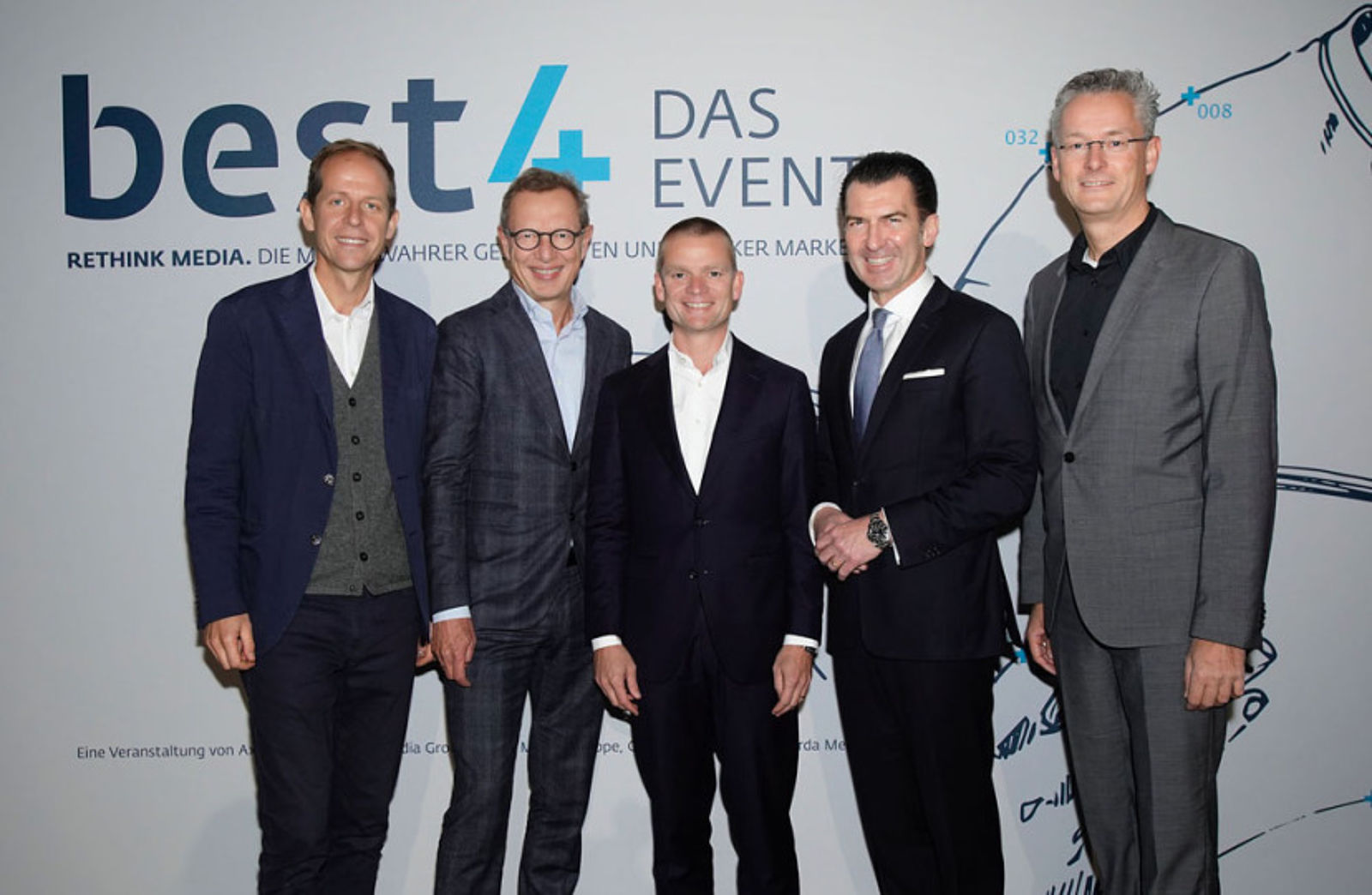 “Rethink Media – The power of true stories and strong brands” is the motto of today’s best4 DAS EVENT at ewerk in Berlin. The event is hosted by the five media groups and GIK publishers Axel Springer, Bauer Media Group, Funke Mediengruppe, Gruner + Jahr and Hubert Burda Media, and highlights the value of credibility and balanced journalistic media as well as the importance of trust for successful brand management.

Speakers include the “Bündnis 90/Die Grünen” politician and book author Renate Künast, media entrepreneur and journalist Tyler Brûlé, and Alain Uyttenhoven, CEO of Toyota Germany. Around 200 guests from business, media and politics are attending the event.

In accordance with the event’s core topic “Trust”, the five GIK publishing houses announced a five-point common agenda in which they summarise their journalistic mission and the meaning of print in today’s media market.

The background for the emphasis on journalistic quality is the growing uncertainty of consumers in the face of algorithmically generated filter bubbles, fake news and alternative facts. When asked which sources they consider to be “very trustworthy”, Germans put journalistic print media and websites in first place. If highly differing reports about an event were to appear in print media and social networks, the majority of respondents (60%) would rely on the print media and only seven percent on digital services such as Facebook (source: b4p trends).

Burda board member Philipp Welte: “It’s time to talk about the fundamental social function that makes publishing houses unique: As a journalistic part of the media industry, we are the value-based alternative to the never-ending flood of manipulative content with which people are confronted on social networks today.”

The five media houses Axel Springer, Bauer Media Group, Funke Mediengruppe, Gruner + Jahr and Hubert Burda Media joined together to form the “Gesellschaft für integrierte Kommunikationsforschung” (GIK). They conduct the cross-media market/media studies best for planning (b4p) and best for tracking (b4t) in order to provide clients and market partners with data for advertising planning and for evaluating the use of advertising media.