The last issue of JWD for the moment will be published on December 19th. At that time, the collaboration between Gruner + Jahr and TV entertainer Joko Winterscheidt that was agreed for two years will come to an end for the time being. The “Great Series Finale” will then be celebrated with a special issue, whose content is still a secret. 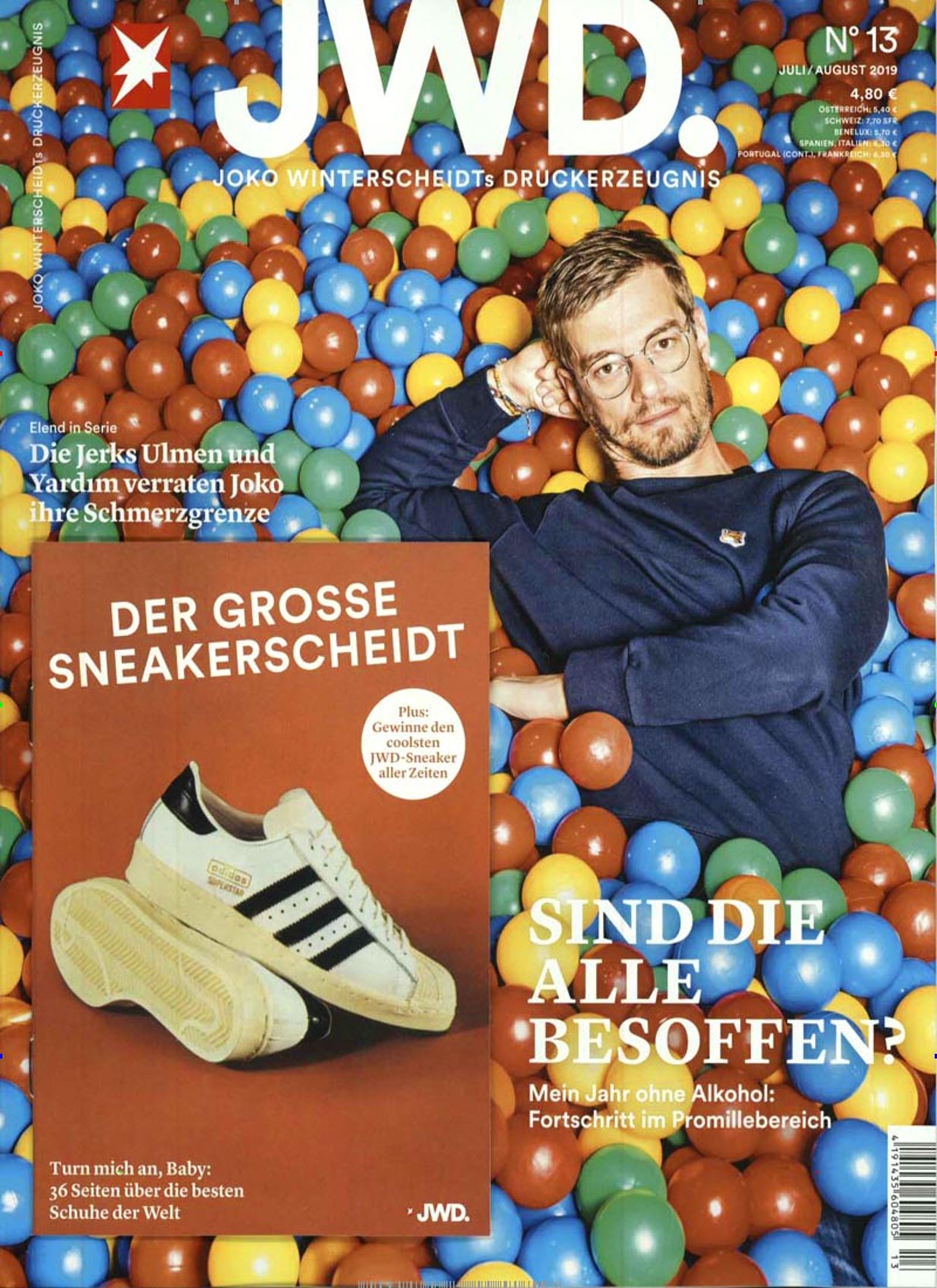 For two years, G+J and Winterscheidt have collaborated very successfully for the magazine. JWD was able to secure a strong position long-term in the competitive market for men’s lifestyle magazines. The first issue attained sold circulation of 70,000 copies, and most recently JWD was under 50,000. The advertising market rewarded the concept with consistently high bookings. All in all, JWD was a success both for Winterscheidt, who gave the magazine its name, and for G+J. JWD belongs in the series of established personality magazines G+J has put on the market (BARBARA, GUIDO, Dr. v. HIRSCHHAUSENS STERN GESUND LEBEN).

“You should always leave when things are at their best,” says Joko Winterscheidt. “As a team, we travelled around the world, had amazing adventures, and had a hell of a lot of fun together and also learned and experienced a great deal. We went all over the place, partied all night from the Sauerland to Tbilisi to Florida, were buried by an avalanche, looked for aliens, met nuns who smoked pot, and founded a Fetisch GmbH. It was amazing! My team became a second family to me, and I will miss every single one of them a lot. I’d like to say thank you for everything. It was a real honour.”

Publisher Frank Thomsen extends his thanks to the JOKO team: “The editors, with Michalis Pantelouris at the top, demonstrated powerful magazine journalism at all times, full of the spirit of adventure, with courage and wit. And with his boundless curiosity, Joko would have made a great journalist anyway. Many thanks for these successful two years. I can’t wait until we all meet again. JWD was instrumental in making it possible for Gruner + Jahr to establish a new successful genre in the magazine market – the personality magazine.”