October saw the LeadAcademy presenting this year’s LeadAwards. STERN CRIME and BARBARA were honoured with Silver and Bronze in the category "Newcomer-Magazine of the Year". STERN received four medals altogether, GALA and VIEW one each. The prizes were awarded in scope of a dinner with around 200 invited guests. 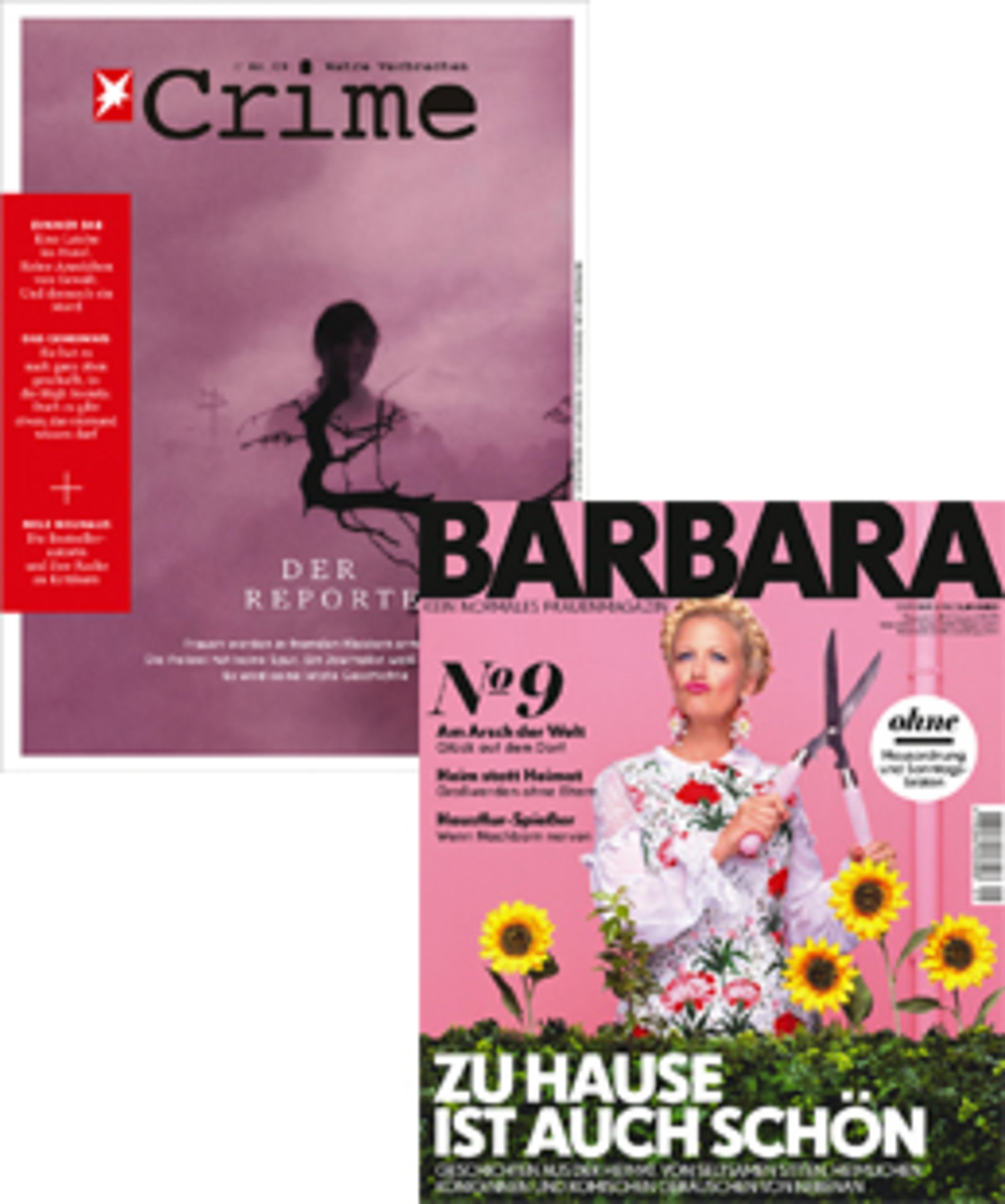 With STERN CRIME and BARBARA, the jury ranked two G+J titles among the three best "Newcomer-Magazines of the year". STERN CRIME dedicates itself "in the most beautiful, most aesthetic and most profound way to the ugliest and most abysmal things in the world", thus the jury about the silver medal. As a magazine that has made a single person to concept and name giver for the first time in Germany with Barbara Schöneberger, BARBARA wins a bronze LeadAward. Gold in the category "Newcomer Magazine of the year" went to "Block", an independent essay and reportage magazine by Theresia Enzensberger. "Lead Magazine of the year" is the "SZ Magazin".

With four medals, the STERN once again was able to prove its photographic competence this year: Gold in the category "Photo of the Year” was presented for the picture of the dead refugee boy Alan on the beach of Bodrum in Turkey, taken by Nilüfer Demir and published in STERN No. 38/2015. The photo also won the audience prize. Silver in the category "Photo of the Year" was received by the image "Summit Talks: Barack Obama and Angela Merkel at the G7 Summit in Elmau" by Michael Kappeler, which was published in STERN No. 53/2015, GALA No. 01/2016 and VIEW No. 12/2015 was published. Bronze went to "Hoffnung 2015: Ein kleiner Junge tröstet seinen Vater auf der Flucht von Pakistan nach Europa" (Hope 2015: A little boy consoles his father on the flight from Pakistan to Europe) by Georgi Licovski from STERN No. 49/2015.

Bronze also went to STERN in the category „Reportage Photography of the Year“ for „Exodus“ by Nikos Pilos from issue No. 53/2015.