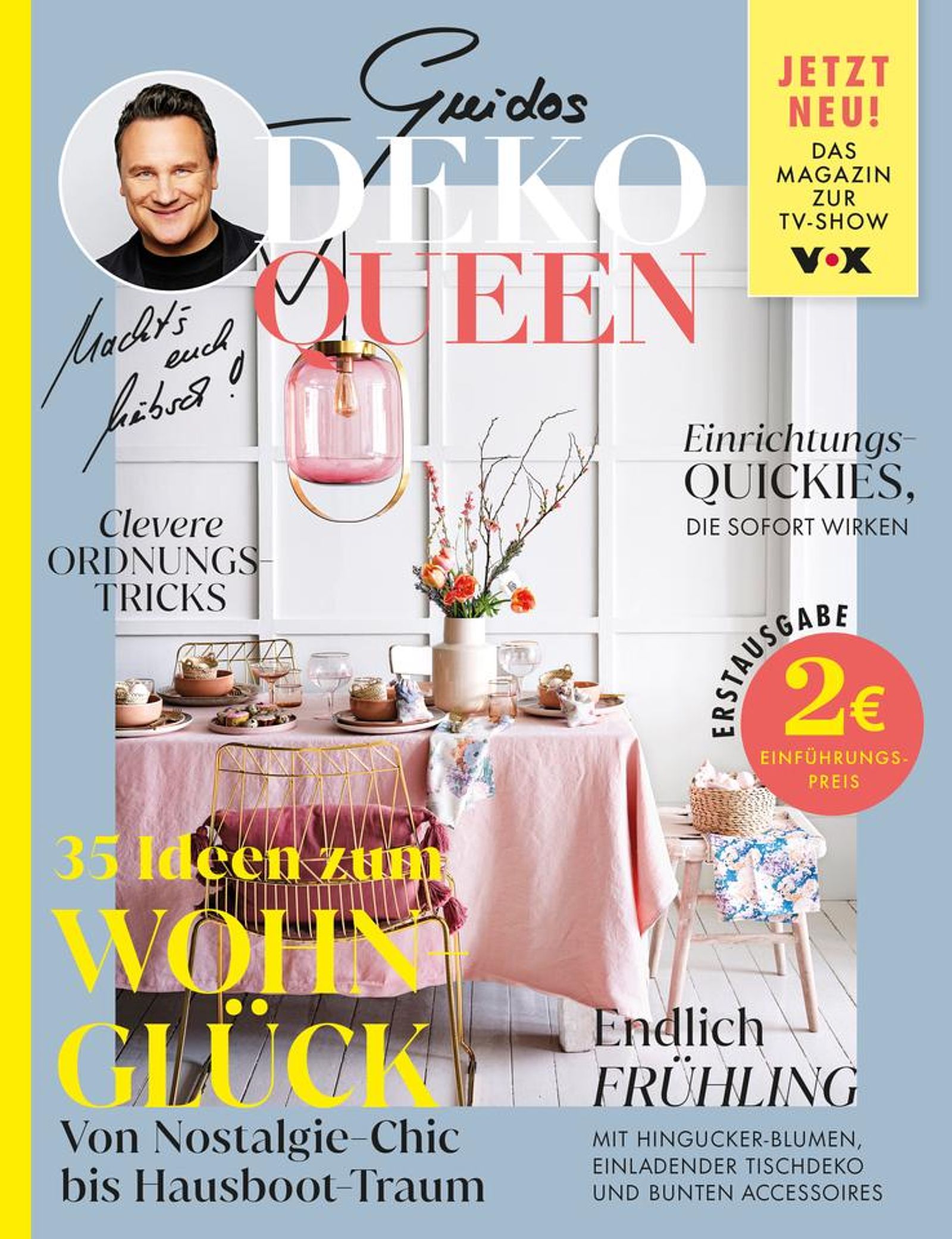 The magazine deals with beauty, lifestyle, hospitality, and sustainable living in addition to the classic topics of the living segment. The magazine sees itself as a source of advice and inspiration for all decorating enthusiasts who are looking for easy-to-implement interior design and makeover ideas. In addition to home stories, interviews and before-and-after stories, the magazine also takes an exclusive look behind the scenes of the TV show, in which two contestants compete to build, screw, paint and decorate according to a given theme.

Christina Gath, Editor-in-Chief of GUIDOS DEKO QUEEN: "With the new magazine, we are addressing everyone that is united by the great joy of redecorating, redesigning and restyling - the Deko Queens. They are not defined by their age, but by their creativity, their love of design and their passion for shopping. And we share with them and Guido the certainty, that a beautiful home makes you happy - especially in these challenging times."

Matthias Frei, Publisher "Living": "GUIDOS DEKO QUEEN is a unique concept, as the TV format and the magazine were created simultaneously. GUIDOS DEKO QUEEN is an example of the successful cooperation between VOX and Gruner + Jahr, both of which are part of the Bertelsmann Content Alliance. With the magazine, we are tapping into a very shopping-savvy target group, expanding our portfolio and thus our market leadership in the living segment further."

Alongside the successful women's magazine GUIDO, GUIDOS DEKO QUEEN is now the second magazine by and with Guido Maria Kretschmer published by Gruner + Jahr.

The regular copy price of GUIDOS DEKO QUEEN is 3.50 euros, the first issue on March 18 is available at an introductory price of 2.00 euros. The print run is at 140,000 copies. The second issue will be published on April 22, and the title is scheduled for ten issues per year.