Not without my smartphone 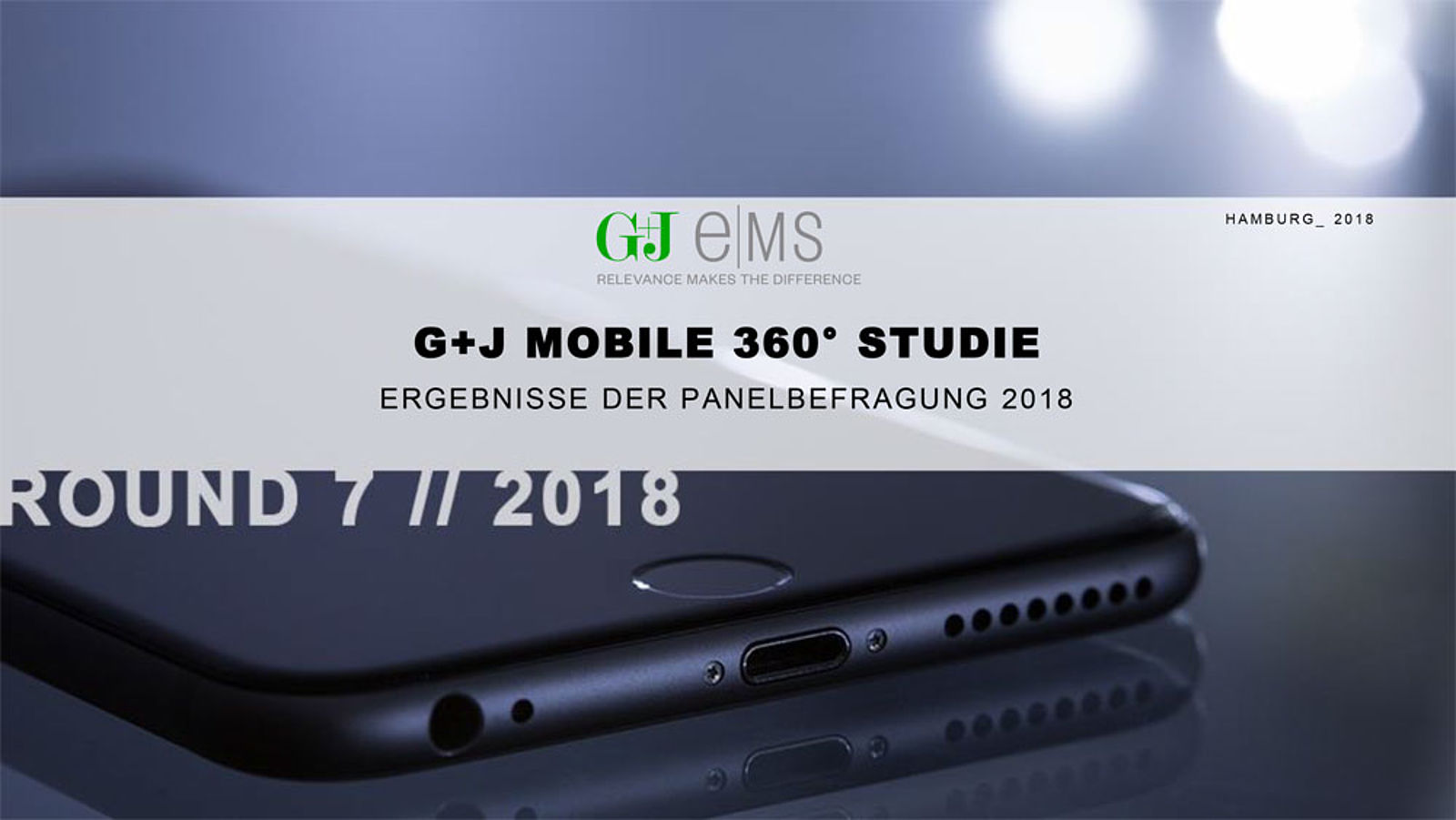 The seventh representative G+J e|MS mobile 360° study conducted among 1,141 German smartphone users deals again with the use of smartphones and tablets, their influence on other media usage, and the general consumer behaviour. Moreover, trend offerings such as smart speakers and podcasts have been included in the study for the first time. The results show the extent to which the smartphone has furthered digitalization in all areas of life and the relevance of the smartphone as a ubiquitous communication and information channel for consumers.

Frank Vogel, G+J e|MS management spokesman: “The study impressively shows that consumers almost constantly have an eye on their smartphone or have it handy. This makes mobile advertising one of the most personal forms of brand communication today. It hardly gets any closer to the customer: mobile is by far the best push-2-commerce channel! And thanks to Special Ad Formats, Native and Data there are no limits to creativity when it comes to a mobile customer approach. What is important for user acceptance, however, is always a clear identification of advertising content.”

In the morning, at noon, in the evening, at night: always online thanks to the smartphone

Generally speaking: not without my smartphone! 91 % of mobile users use the smartphone (several times) every day for mobile Internet access – no matter when and where. 36 % of the respondents reach for their smartphone during the first 10 minutes after waking up or the last 10 minutes before falling asleep. But even if the advantages of the mobile phone outweigh the disadvantages for 75 % of mobile users: Across all age groups, a majority would like to see less smartphone presence and in exchange more deceleration in everyday life.

Something for the ears: podcasts and smart speaker

In addition to obtaining information, the entertainment aspect also plays an important role in mobile Internet use – for example by means of corresponding applications. Thus 90 % of the respondents know podcasts and 44 % already hear them at least occasionally – they are particularly popular among persons aged between 20 and 39. In most cases (66 %) podcasts are used with the help of an app on the smartphone or tablet. By far, the most popular podcast app is Spotify with 46 %. In total, 48 % of the users already rank among the subscribers of podcasts; the majority concentrates on a few offers only: 35 % are subscribers to one or two podcasts and 26 % subscribe to three or four.

Smart speakers are already known to 82 % of the respondents and 15 % are already using them. Another third can imagine a usage in the near or distant future, 52 % not at all. The majority of users are still sceptical about smart speakers because they don’t yet consider the technology to be sophisticated enough – mostly because they have concerns about unwanted “listeners” or due to fundamental data protection concerns. However, the early adopters of smart speakers (64 %) have fun using them and hope that even more devices will be controllable by smart speakers in the future (71 %).

Obtaining the latest news is an important driving force for mobile Internet use via the smartphone, although mobile users are critical when selecting the actual news source: 63 % of the respondents consider social networks to be highly vulnerable to being (mis-)used as a platform for spreading fake news. As a result, 72 % trust information from journalistic media offerings more than the social media.

In total, 53 % of users go on the mobile Internet to use the social media. Leader is WhatsApp (93%), followed by Facebook (65%), Instagram (43%) and YouTube (38%) (each with (very) frequent use). The under 30s in particular are extremely active on social media with their preference for WhatsApp, and increasingly for Instagram (2017: 55%, 2018: 70%). The use of Facebook has fallen significantly from 71% in the previous year to 56% today – certainly also a consequence of the data scandal surrounding Cambridge Analytica.

In addition, the smartphone is still an important companion before and during shopping: For 44 % it is the first source of information for products and services; 27 % use their smartphone on site for further information on interesting products in shops, and 26 % compare prices directly in the shop with the help of their smartphone.

Study profile: The basis for the G+J e|MS mobile 360° study is a panel survey carried out by G+J medientrend in which a total of 1,141 people were asked about their mobile Internet use during June 2018. The universe was smartphone users who could also be tablet users. The distribution of panellists by gender and age corresponds to the AGOF digital facts and is therefore representative for all German smartphone users.