Shopping in Times of Corona: What has changed for consumers? 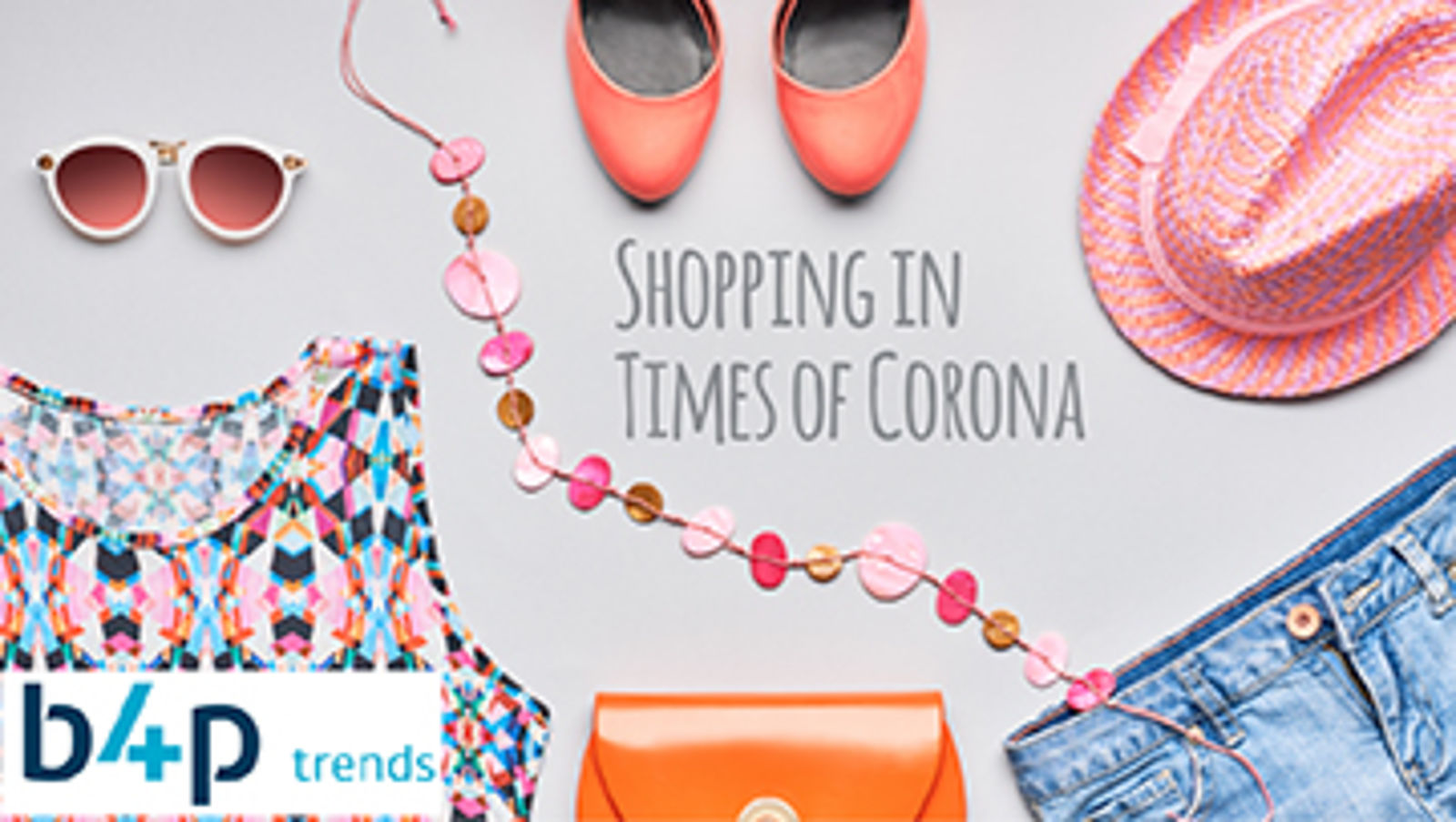 In the past one and a half years, Germans had to learn to live with the coronavirus. This meant adjusting their shopping behavior by respecting the AHA rules (social distancing, paying attention to basic hygiene rules, wearing a mask), but also by avoiding unnecessary trips to the store. During the second lockdown in December 2020, parts of the retail sector had to close temporarily. Additionally, hairdressers and other businesses in the personal services sector had to close their doors to customers.

Almost half of the German population (48%) missed a haircut. About 44% missed a trip to the hardware or gardening stores. In particular younger women were struggling with clothing stores being closed (73%) so they could not to try out the gear in the shops. Germans longed for dining at a restaurant and being together with friends, and the general change of scenery that comes along with dining out. At least 57% supported their favorite restaurant during the lockdown by ordering takeout.

Highlight of the Week: Going to the Supermarket

Due to the partial retail closures, Germans were forced to satisfy their shopping needs elsewhere. In fact, 16% of participants reported going to the supermarket more often during lockdown than before. In addition, around 13% visited the post office more often than usual, which could be related to increasing online orders and a higher rate of return shipments. Still, for more than half of the German population, the pandemic has had little impact on the frequency of their trips to the grocer. This also applies to the overall scope of purchases: 67% reported already having done one weekly bulk purchase before the pandemic; only 7% stated that they began doing so due to the pandemic. 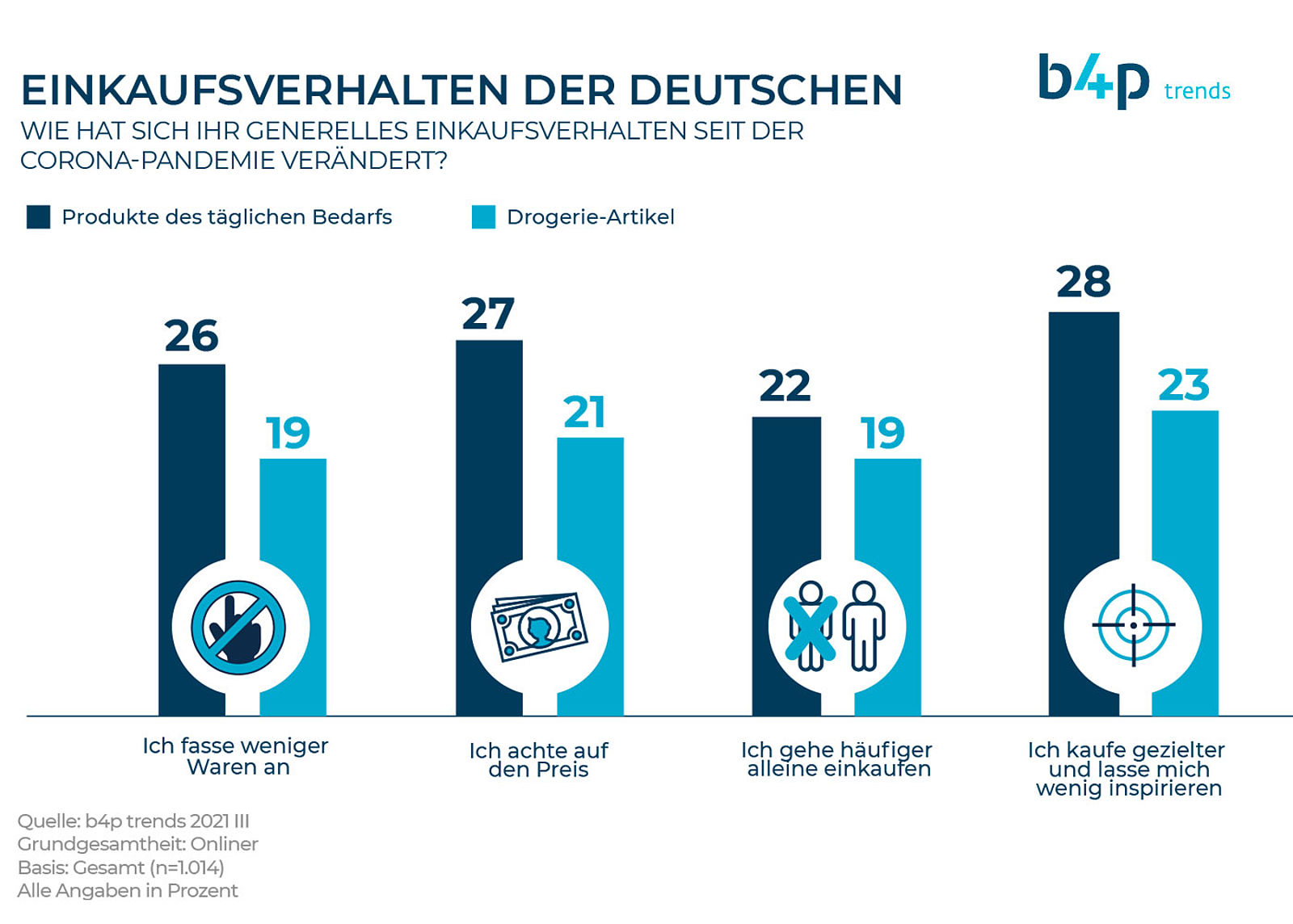 Even though buying habits may not have changed very much, there are significant differences in behavior on location. A quarter stated that they now consciously try to make an effort in order to reduce physical contact with products and goods in the store groceries; consumers have also been more selective in their choice of items since the start of the pandemic (23%) as well as paying more attention to the price (21%). Germans also take care to avoid contact while shopping. In this context, 87% of the participants believe that following the AHA rules is very important. Now only 72% of them go shopping only alone and as rarely as possible. Approximately 59% also think it is important to have a good hygiene concept.

The Internet as a safe shopping Place

Online shopping is the most effective way to avoid contacts instead of visiting local stores.  Especially clothing, fashion articles and shoes were purchased by 41% of the participants during the pandemic through online shops.

Electrical goods were also ordered by about 32 % via the internet and over-the-counter medicines are still bought by about 17 % of the participants online. Those who have been infected with the corona virus themselves even used online shopping to organize their households at a rate of around 42% during their quarantine. In general, since Corona, 25% of the young target group buy drugstore items more often online and around 39% of women now frequently purchase clothes in online shops. The trend towards online shopping has experienced a noticeable boost as a result of Corona. 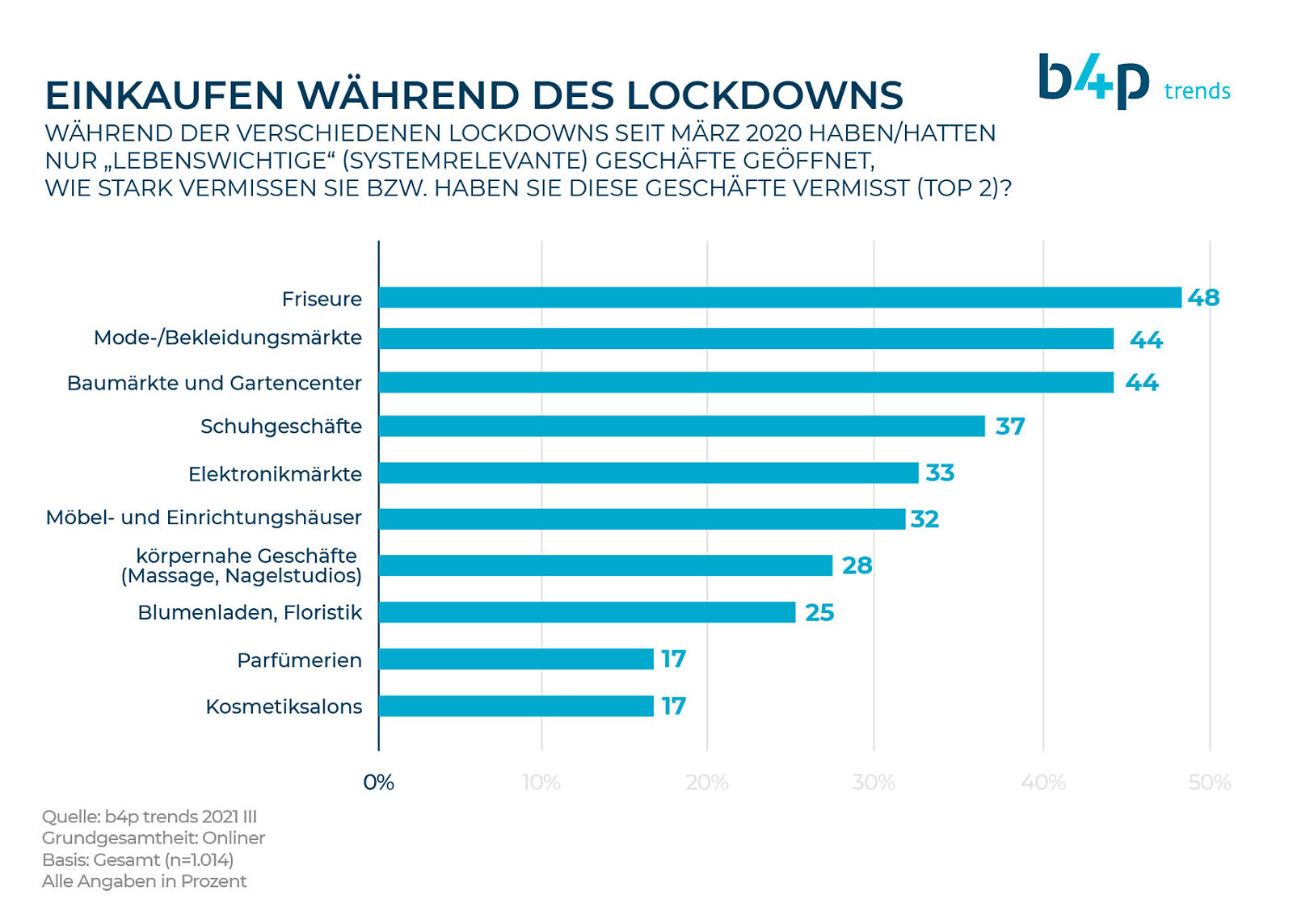 What is finally bought depends on various factors: For 91%, quality is very important, but also durability (84%) as well as low prices (82%) are crucial. The fact that quality is more important than price is probably also related to the solid financial situation of Germans. Although one-third of the working population had to face with reduced working hours because of Corona, about 65% of the participants answered that they either suffered only a slight or no loss of income at all.

37% of the participants work at home due to the Corona pandemic, more than half of them even on four to five days a week – and this has led to a completely new organization of homemaking: Whereas the majority of women (78%) feels responsible for the household, more than half of the men indicate that they feel partly responsible. It is interesting to note that one third of all respondents – in this case more men than women – consider themselves more involved in housekeeping since the Corona pandemic than before.