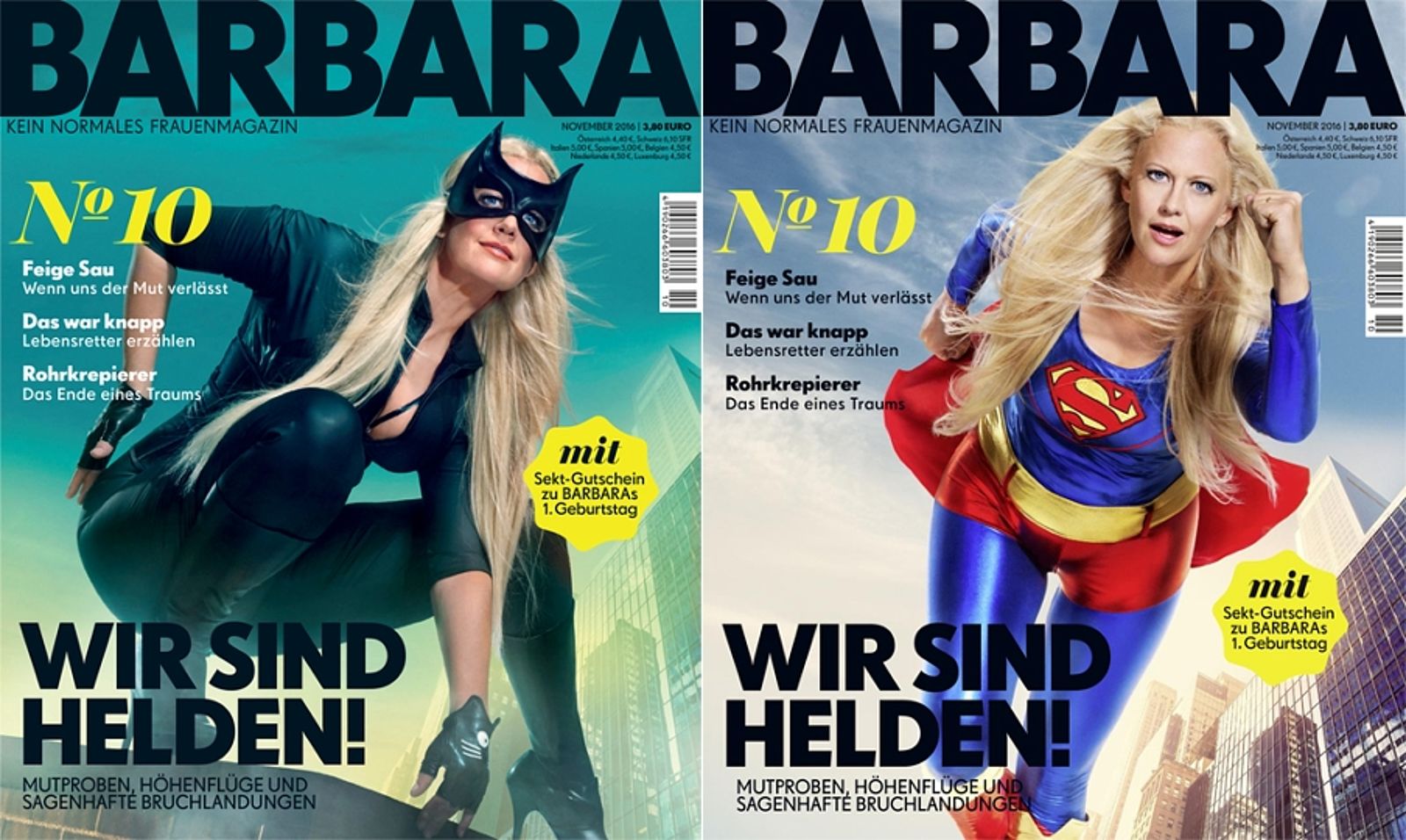 BARBARA is looking back on a successful first year: The magazine sold between 110,000 and 120,000 issues per issue on average and already has over 7,600 subscribers. This october will see BARBARA being reported by the IVW for the first time.

The advertising department also has had positive results: In terms of bookings, the first edition of BARBARA has been unprecedented in the history of Gruner + Jahr. With 53 fully paid third party advertisements and 1.3 million Euro gross, it was the most successful introduction of a monthly title of the house. Since then, an average of 35 pages per issue were sold. The ad bookings of the birthday issue of the high-quality women's magazine were even able to closely beat the first issue.

For its birthday BARBARA is being published with two different cover images. The cover story of this issue is "Heroes". Two outstanding cover pictures were created at the cover shooting, showing Barbara Schöneberger as Catwoman and as Superwoman respectively. To be able to bring both motifs to newsstands, the publishing house has decided on a cover split. The Superwoman cover can be purchased in the state of North Rhine-Westphalia. The anniversary issue will be accompanied by a comprehensive print flight (among others in STERN, BRIGITTE, SCHÖNER WOHNEN, GALA, GEO) and many PoS-activities.

Publisher Iliane Weiß: "We are incredibly proud of BARBARA’s success story. In this densely populated market of women's magazines, it is difficult to establish a new brand and lead it successfully. We have succeeded in developing a unique concept that is accepted by advertisers and readers alike: with average sales of 110,000 to 120,000 copies without 'other sales', we have had a sensational success in the sales market with BARBARA. "