Shortly before the beginning of the football World Cup in Russia, TÉLÉ-LOISIRS has published a special edition – it includes backgrounds to the teams, players and matches. At the same time a website went online, keeping spectators up-to-date about the events on the playing field. 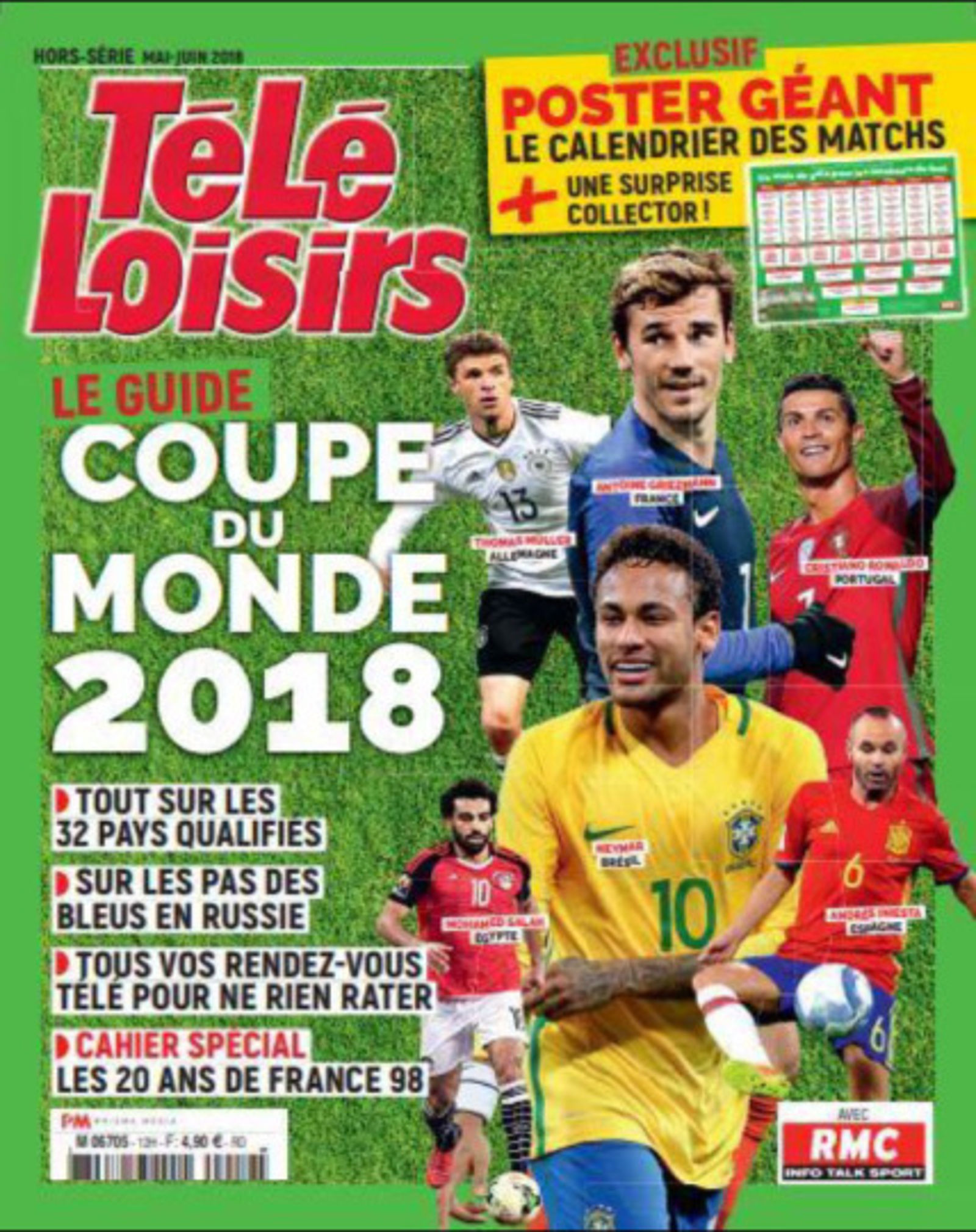 The special edition TÉLÉ-LOISIRS – COUPE DU MONDE does not only give an overview of the live broadcast of the matches in French television, but it also presents in detail all 32 teams, their strategies and  the titles and successes of some selected players.

One main part is dedicated to the exceptional year 1998 when the French national team became world champions with Didier Deschamps and Zinedine Zidane at the head of the team "Les Bleus". Some players of the team remember this event in interviews and articles. A poster with the game plan completes the issue.

The website of TÉLÉ-LOISIRS for the football World Cup is already online. While the magazine put emphasis on the stories and their backgrounds, the website focuses on all current matches and events. All results, goals, goal scorers and match reports will be constantly updated during the World Cup.