What advertisers love about print

The global print media association FIPP publishes regularly “The Mr. Magazine TM interview”. This time the WIRED editor-in-chief Nick Thompson talks about magazine making and what makes magazines so special in times of internet and social media. Here is an excerpt. 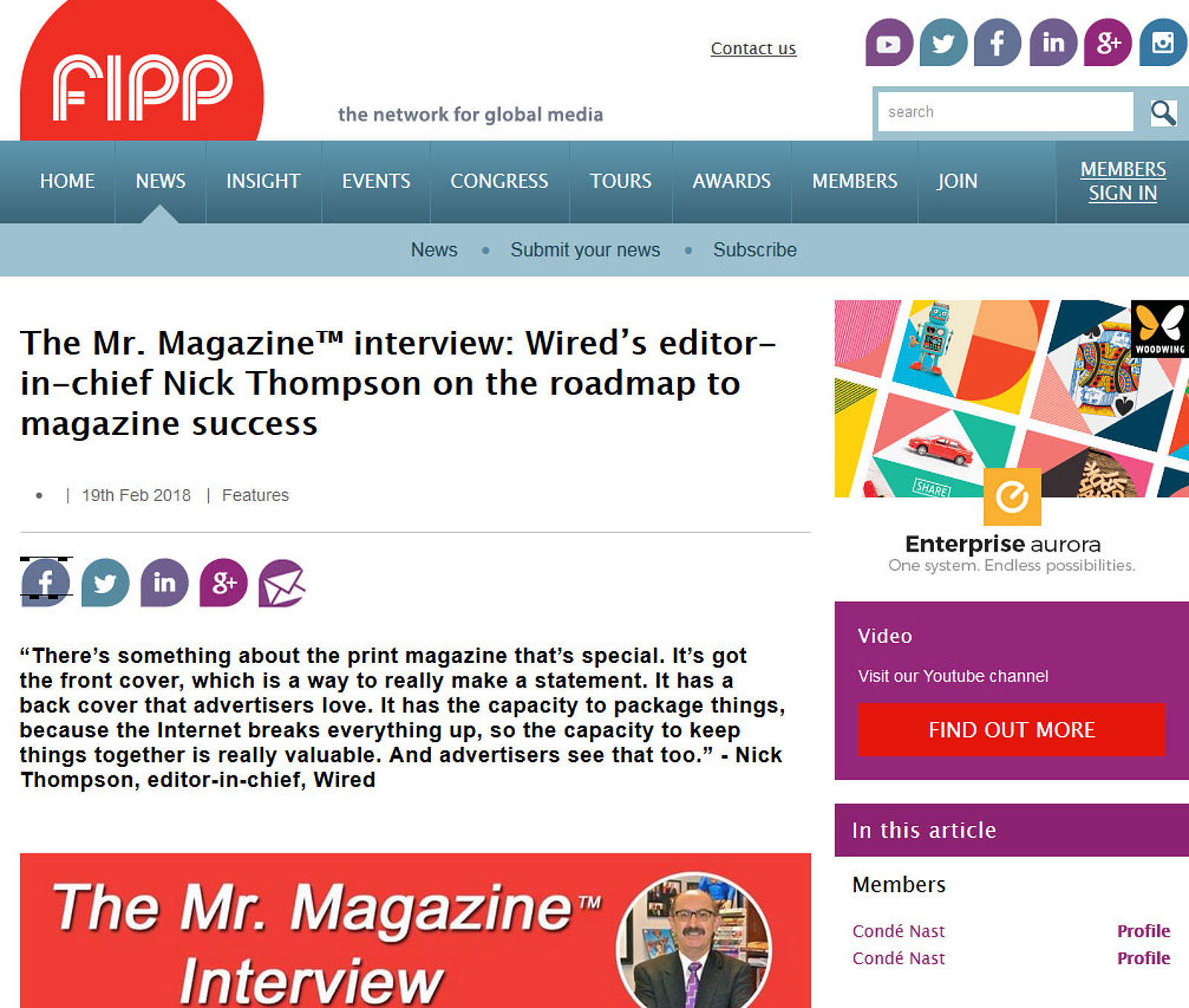 You’re one of the few editors of a tech magazine who still believes in print. Why?
Nick Thompson: There are a couple of reasons. Number one, because I spend a lot of time on tech, I realise its limitations. You can put out a Tweet and you can look and say that you have 10 million Twitter followers; that Tweet is going to reach 10 million people, but actually it’s not. A thousand people are going to click on it, or 200 people are going to click on it. So, there are real distribution issues on all platforms. When you think about it that way, it helps you remember that the US Postal Service that will deliver 850,000 copies of these to people’s doors, or whatever the exact number is right now, is a pretty good distribution mechanism. ...

Number two is there’s something about the print magazine that’s special. It’s got the front cover, which is a way to really make a statement. It has a back cover that advertisers love. It has the capacity to package things, because the Internet breaks everything up, so the capacity to keep things together is really valuable. And advertisers see that too.

And then there’s something about the discipline of putting together a print magazine which is a useful exercise to go through for content. So, having strict limitations on the number of words that you can put in a story is actually good for the story often. Sometimes it’s nice to have unlimited words, but sometimes not having constraints leads to softness in the way you edit it or the way you think about it. Print magazines still do some really good things.

*FIPP is a global trade association whose purpose is to improve all aspects of the media content industry through the sharing of knowledge, mutual co-operation, and strategic partnerships. It is located in London. FIPP membership comprises 700 enterprises, including 60 national magazine associations.