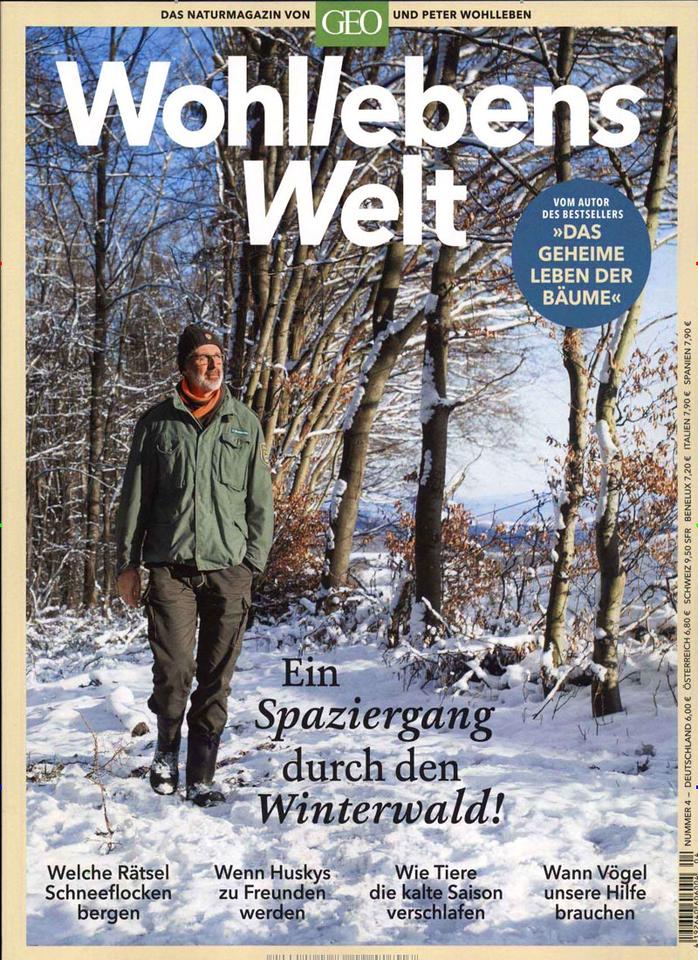 The nature magazine of GEO and Peter Wohlleben.

A nature magazine from GEO and Peter Wohlleben: WOHLLEBENS WELT stands for fulfilling the longing for nature and a slowing down of everyday life, and for an understandable and entertaining knowledge transfer about natural phenomena in the animal and plant kingdoms. It inspires the reader to spend more time outdoors, and in Peter Wohlleben has on its side one of the best imaginable protagonists, authors, advisors and commentators. Peter Wohlleben will have a major presence in the magazine – in lengthy reportage, photo spreads, essays and columns.

Peter Wohlleben and the editorial staff will give the readers a new perception of nature – where nature doesn’t merely mean the forests, but also the meadows, the tidewaters, the mountains, the moors, and the open seas. As well as on excursions into the wide world. WOHLLEBENS WELT creates an amazement about the wonders of the world we live in, and shows that learning about nature can also be fun.

worldwide except in Germany (Internat. Media only)